President Blinds Ltd was formed in 1991 specifically to fill a niche in the market which existed following the Food Hygiene Regulations of that year. This specified that all kitchens covered by that Act in the U.K, where food and drink was prepared, were required to fit insect screens. This covered from palaces to prisons and nurseries to elderly persons’ homes. Soon after formation, the Company was expanded to include a national advisory/measuring and installation service. In October 1992, the Company was awarded a National Purchasing Contract (S.E.G) by The Buying Agency (affiliated to the Office of Government Commerce - part of H.M Treasury) and have supplied and installed insect screens to Government and Public-Funded Buildings throughout the U.K and abroad. In January 1997, a further contract was awarded, which lasts until December 2003. Considerable experience in the application of insect screening, combined with the most adaptable product range in the U.K., ensures that the company is capable of undertaking any size contract in the Public or Private Sector. Products Include: fly screens, flyscreens, insect screens, insect control, fly control, window screens, anti-ligature curtain rail, anti-ligature curtain track, anti-ligature blinds, anti-ligature fixings, anti-ligature blind fixings 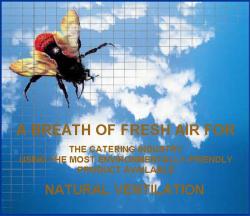