THE OAST
62 BELL ROAD
SITTINGBOURNE
KENT ME10 4HE

Water Treatment and Conservation Solutions from The Rodin Group

Our range of Water Treatment & Water Conservation Products are suitable for commercial, healthcare, education, retail, food and industrial markets, where high water volume usage takes place. These sectors lend themselves to be the areas where the greatest water and energy savings can be achieved.

Water treatment describes those industrial-scale processes used to make water more acceptable for a desired end-use. These can include use for drinking water (potable water), industry, medical and many other uses.

The Rodin Group is able to provide solutions in a number of these areas including:

Further technical information can be found on each of these products on our website.

Rodin have been promoting a range of water saving products for almost 20 years. These are aimed primarily at commercial washroom and shower facilities where significant volumes of water can be used on a daily basis.

The range includes waterless urinals from Falcon Waterfree along with the replacement Falcon Velocity cartridges and accessories, including Allseal liquid and heavy duty keys.

In additon there are water saving shower systems that have been used by major gym chains in the UK for a number of years. All shower valves come with TMV3 certification.

Water Treatment and Conservation Solutions from The Rodin Group

Water Treatment and Conservation Solutions from The Rodin Group
COVID-19 statement
The Rodin Group is following latest government advice and our staff are now working from home to protect themselves, their families and the wider community to help protect the NHS. All e-mails are being monitored and we are continuing to provide quotations and technical advice to customers by phone (or Skype etc) as required.

At the current time we are still able to despatch products held in stock via our usual carrier FedEx. This situation is under continuous review.

Please do not hesitate to contact us to discuss any enquiries you may have or even just for a chat! We are doing are best to support you all in what is the most exceptional of circumstances.

The Rodin Solution to Scale and Pipework Corrosion. 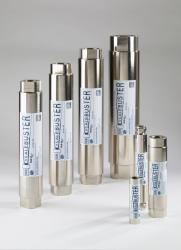 Kensington and Chelsea Tenant Management Organisation manage over 4,000 properties with gas boilers, so scale and corrosion in water pipes could be major problems. But they are not. That’s because they have been fitting Scale-Busters on every gas boiler change and water heating system upgrade for the past 10 years. To date, not a single unit has failed.

In the mid 1990s, the tenants and leaseholders of the Royal Borough of Kensington and Chelsea decided to pursue their legal right to manage their own homes. Following two separate ballots in 1994 and 1995, the Kensington and Chelsea Tenant Management Organisation (KCTMO) was established on 1st April 1996 and at that point it took over the responsibility for managing properties from the Royal Borough.

The Council still owns the properties and retains responsibility for strategic housing policies and homeless people. Whilst the KCTMO still enjoys a close working relationship with the Council, it is a completely separate company. In 2002 it took over the responsibility for major capital works from the Council to access extra resources and funding to enable them to bring the properties up to the Decent Homes Standard. Its location in a hard water area combined with a desire to protect heating systems and minimize maintenance costs led the KCTMO to search for an appropriate decalcification product to meet all these requirements.

Scale-Buster is a UK designed and manufactured product available from The Rodin Group. It’s a patented device which is unique in that it both removes and prevents the formation of scale in hard water areas while preventing corrosion and rust in soft water areas. It can be fitted in new build projects and also retro-fitted to existing installations to protect expensive equipment thereby extending it’s useful life.

Scale-Buster generates water turbulence within itself and ‘squeezes’ the water through the specially designed multi-channel structure so allowing a greater surface area of water treatment. It works by creating a number of separate effects which combine to produce a water conditioner that works satisfactorily over a wide range of conditions and water hardness. The hydrodynamic action produces a dielectric charge which combines with a large surface area of zinc anode which results in the premature precipitation of calcium carbonate into the water stream by breaking down a significant proportion of the bicarbonates.

The precipitation of some of the dissolved calcium within the water causes the water to become less saturated and this allows it to start dissolving old scale from heating surfaces and pipe-work. The Scale-Buster increases the size of particulates within the system which can then be removed from the system entirely through filtration.

Dissolving old scale and corrosion encrustation in water systems reduces pressure loss due to restricted water flow and saves energy in heating appliances and systems. A thickness of only 3mm of scale on heating surfaces can add 25% to energy costs.

Most corrosion is electrochemical in nature and so it follows that electrochemical techniques can be used to prevent the corrosion process. The galvanic effect of the special zinc anode within Scale-Buster offers cathodic protection to pipe-work both up and downstream from the unit. Once the corrosion is cleared the patented design of Scale-Buster prevents further attack in metal systems by forming a passive layer of magnetite ( Fe3O4) on the systems surface.

Scale-Busters use no power or chemicals and require no maintenance. The small amount of electricity needed (about one volt) is generated from the flow of water over PTFE, a dielectric material, within the body of the unit. To ensure effective performance the unit must be earthed when installed but, once done, Rodin claim this probably makes Scale-Buster the most environmentally sound method to combat hard water and corrosion scale.

Team Leader Dave Watts at KCTMO explained that his predecessor, Bill Carr, took a very detailed look at the products available before arriving at his specification for Scale-Buster and they have been very happy to continue with it. “I can’t recall any instances of problems caused by scale build up or corrosion on any systems where we’ve previously fitted a Scale-Buster” said Dave. “But we do get called out to other installations and whether we end up repairing the boiler or upgrading it, we always fit a Scale-Buster.”

Rodin MD Mark Dallaway said “The immediate benefits and flexibility of using Scale-Buster can be easily explained but Kensington and Chelsea Tenant Management Organisation have had over 10 years of seeing the results of using them in a real world environment. They are really enjoying the long-term benefits of reduced maintenance costs and are confident in the product that can only come from prolonged, trouble free use. The strength of the Scale-Buster is its versatility, it covers a wider range of flow conditions, protects against both scale and corrosion and has no maintenance or running costs. It really is a fit and forget product.”

For further information call The Rodin Group on 01795 423400 or visit www.therodingroup.co.uk 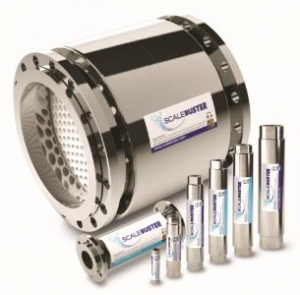 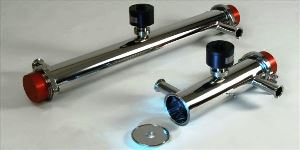 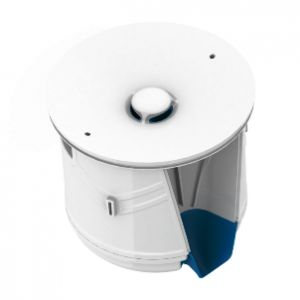