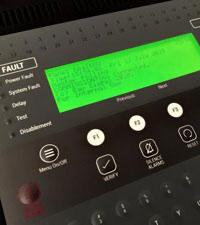 Honeywell Gent - Rav's COMMISSIONTool
Honeywell Gent is proud to see Rav Sispal’s work being recognised after all his hard work. We are grateful that he chose to work on Gent products which earned him a First Class MSci Honours. Read his full article…

I’m grateful to have received such a profoundly positive response from Honeywell Gent and its customers for my efforts to develop a new concept fire alarm Commissioning Tool, as a part of my Computer Science Degree. The project led to me becoming 2020’s recipient of the Outstanding MSci Individual Project award from The University of Nottingham’s School of Computer Science and contributed to my incredibly hard-earned First Class MSci Honours.

The project I devised aimed to improve the commissioning experience of fire detection and alarm systems, to reduce inherent complexity and increase engineer efficiency for faster system handover. These were just two areas where my research highlighted notable frustration. Throughout my own extensive usage of Gent products over the last decade, I experienced the disparity between the current tools being used for fire alarm commissioning/maintenance/end-use compared to those in other industries where mobile technologies and apps are fundamentally transforming existing processes.

Pushing far beyond a concept, I produced a highly functional prototype application, offering deep integration with Honeywell Gent’s unrivalled Vigilon and Nano fire systems whilst providing access to the powerful features of S-Quad and S-Cubed. The carefully crafted architecture is capable of offering support for products from SMS, Notifier and Morley sister brands too.

This cross-platform application, designed and developed in ~5 months (amid COVID-19), was built using React.js, TypeScript and ElectronJS. More complex functionality such as serial communication, proprietary product secrets and authorisation API’s were handled natively via the NodeJS NAPI C++ framework. This combination of cutting-edge technologies has allowed for an incredibly capable tool to be rapidly developed “from the ground up”.

At the core is a combination of reusable user interface components and data processing API’s that cater for past/existing product ranges whilst paving the way for future product introductions, ultimately reducing development time to weeks instead of months. COMMISSIONTool offers a small preview into the future of the fire and security industry, showing the power of how software can deeply complement the hardware offered by the most prestigious brands. This project highlights the benefit of carefully reimagining complex processes to encourage wider adoption of the latest product improvements, ultimately serving to better protect our lives and property.

It’s a huge step forward for an under-appreciated industry. I’m just getting started!